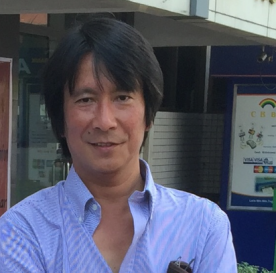 Than Lwin Htun, Chief, VOA Burmese Service, joined VOA Burmese Service in 2004 to lead the efforts to transform the Service to become a full-fledged multimedia news broadcaster. VOA Burmese now has three hours of daily Radio programs and 30 minutes daily TV programs broadcast live from Washington D.C. It also maintains a popular Facebook page with more than three million fans. Lwin left Burma in late 1988 in the wake of the military crackdown on pro-democracy protests. He was part of the nationwide movement as a prominent student leader while studying at Rangoon Medical College.

His journalism career started at BBC Burmese Service in London in 1991. During a two-year sabbatical from BBC between 2002 and 2004, Lwin worked with the international NGO Internews in Thailand to establish the first Burmese journalism school and trained more than 200 Burmese and ethnic journalists. Lwin holds a B.Sc in Microbiology from University of North London and a Master’s (M.Sc) in Social Policy planing and Economics from London School of Economics (LSE).