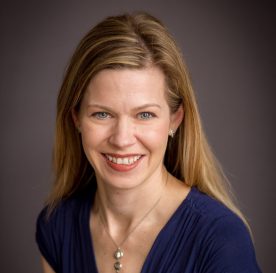 Susan Rivers, PhD, is Executive Director and Chief Scientist of iThrive Games Foundation. Susan is a social psychologist and expert in social and emotional learning and emotional intelligence. With her team and partners, Susan co-designs responsive and immersive environments and experiences for teens and young adults that facilitate deep learning about themselves, society, and the world. Most recently, her work has focused on designing games with and for youth, including two award-winning games, The Run Around, a tabletop game examining racial inequities in the juvenile justice system, and iThrive Sim, a digital role-playing game platform for civics learning and social and emotional skill building. iThrive Sim includes a library of role-playing simulations that focus on civics, leadership, and media literacy. Susan earned two master’s degrees and her doctorate at Yale University, was a lecturer in the Psychology Department at Skidmore College, and served on the research faculty in Yale’s Department of Psychology for nearly a decade where she was a co-founder of the Yale Center for Emotional Intelligence. Her work has been funded by foundations and federal agencies including the William T. Grant Foundation, the National Endowment for the Humanities, the Institute of Education Sciences, the Novo Foundation, the Einhorn Family Charitable Trust, the Air Force Research Laboratories, the Federal Emergency Management Agency, and Department of Homeland Security. Susan is founding Editor-in-Chief of Journal of Games, Self, and Society, the author of numerous scholarly publications and multiple curricula, and is a Large-Scale Social Change Leadership Fellow with Billions Institute. She lives near Boston, Massachusetts where she plays and designs games with her husband and three children.