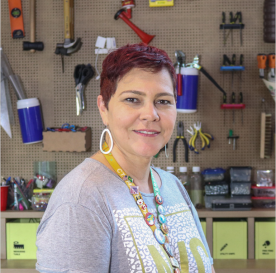 Soraya Lacerda has a degree in Information Science and consider herself an educator at heart. She has been working at Casa Thomas Jefferson since 2015, when she was invited to design, implement and supervise the first Makerspace within an educational institution in Brasilia. In addition to coordinating and managing the space, she is one of CTJ’s representatives in the Achieving 21st Century Skills educational project, since 2015, conducted by several Brazilian Binational Centers, in partnership with the U.S. Department of State and the Smithsonian Institute. For the project, Soraya coordinates in close partnership with the U.S. Embassy in Brazil the interdisciplinary team of CTJ Makerspace to design innovative projects, programs and narratives for the community in general, for public and private schools, sharing them with the Brazilian network of Binational Centers / American Spaces. The project also fosters the immersion and motivation of managers and educators in active learning experiences, co-constructed by the interaction and collaboration of all agents involved. She believes in an active and innovative educational system and also that the narratives implemented with their young students – of public or private schools – develop their character, along with essential skills to be an active professional in the 21st century scenario: collaboration, creativity, problem solving. Her work in the project gave her experience with active methodologies (maker-centered learning, challenge-based learning and project-based learning) and design thinking. 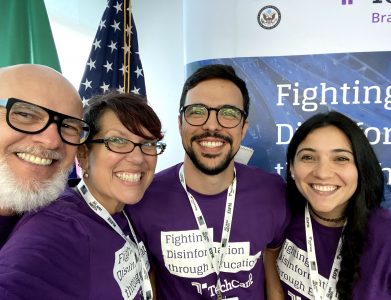