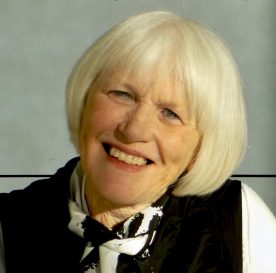 Pam Steager is a Senior Trainer, Researcher and Writer at the Media Education Lab at the University of Rhode Island. Her prior thirty-year career in the education and human service fields included directing substance abuse and violence prevention programs in school systems, prisons and communities in RI and MA, which led to her interest in media literacy. After completing the Media Literacy Scholars program with Dr. Renee Hobbs in 1999, she directed the Media SmART! Project in the Providence Public Schools, which brought media literacy and production skills to educators, parents and students. She created curriculum and presented workshops and keynote addresses at conferences and institutes. Since then, she has trained more than 4000 educators, librarians and journalists throughout the United States and internationally. Pam is also a media creator. She authored a newspaper column for the Providence Phoenix for 15 years, has produced videos and community access television, contributed to blogs and podcasts, and has performed as an actress, storyteller, and stand-up comedian. With co-authors Renee Hobbs and Liz Deslauriers, she wrote The Library Screen Scene, a book on film and media programs in school and public libraries, published by Oxford University Press in 2019.