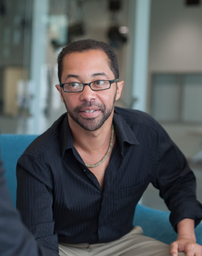 Lindsay is Knight Chair in Interactive Media and an associate professor at the University of Miami School of Communication. He is Vice President for the Higher Education Video Game Alliance and the 2019 recipient of the Games for Change Vanguard award. Lindsay’s book, Doing Things with Games, Social Impact through Design, is a well-received guide to game design. In 2020, he edited and authored Love and Electronic Affection: a Design Primer on designing love and affection in games. In 2021 he published the Amazon best seller, Black Game Studies, an Introduction to the games, game makers and scholarship of the African diaspora. His work has received awards and recognition from the Games for Change Festival, the Digital Diversity Network, the Association of Computing Machinery’s (ACM) digital arts community, Black Enterprise and others. He authored or co-authored more than 50 papers, articles and book chapters on games since 2009. His creative work has been selected for showcase internationally including New York, Paris, Sao Paolo, Singapore, Chicago, Vancouver, Istanbul, and others. Lindsay curated or co-curated Blank Arcade, Smithsonian American Art Museum’s SAAM Arcade, the Games for Change Civic and Social Impact conference program and others. He has given talks at the Game Developers Conference, SXSW, Games for Change Festival, the Online News Association, the Society for News Design, and many other industry events. Between 2013 and 2018 he was the founding director of the American University Game Lab and Studio. He served as Vice President and on the board of directors for the Global Game Jam™ non-profit between 2014-2019. From 2009 to 2013 he was the Armstrong Professor at Miami University’s School of Art. Lindsay also served on the board for the Digital Games Research Association (DiGRA) between 2013-2015.