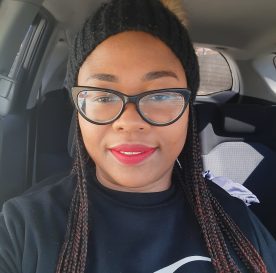 Keiso Mohloboli is an award-winning Investigative Journalist with over a decade of experience, reporting on general health issues, women and girls’ empowerment, and domestic stories. She started her career in 2009 at a tender age of 23 and has since written for local media houses such as The Monitor, Mopheme, Informative, Lesotho Times and Sunday Express Newspapers based in Maseru, Lesotho. As a Lesotho stinger to media houses in the region she has written articles for South African media houses such as Daily Sun, City Press, Daily Maverick, Mail & Guardian and African Independent, African News Agency (APA in Senegal) and Southern Times (based in Namibia). She is the co-founder and senior journalist for MNN Centre for Investigative Journalism, the first and only institution dedicated to development of investigative reporting in Lesotho. Mohloboli also co-founded Kingdom Digital News Lesotho’s only daily news platform, of which is a Managing Director. Due to her impactful and hard-hitting reports as an investigative journalist, she was forced to flee Lesotho in fear of her life in 2016 and remained in exile until 2018 following a change of government. She is Open Society Initiative for Southern Africa’s Journalism Summer School Fellow for 2013 and World Learning Investigative Journalism Fellow – under the United States of America’s International Visitor Leadership Program. Mohloboli has a National Diploma in Communications Skills from ALISON, National Diploma in Financial Sustainability of NGOs from SCIM College Netherlands and an Honors Certificate in Media Management from University of Witwatersrand in Johannesburg, South Africa.