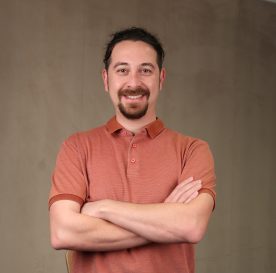 Ertugrul Süngü has started his career as a video game critique and as a columnist in LEVEL Gaming magazine in 2008 and still working in this magazine as a writer and editor. In 2015, he began his PhD studies in Bilgi University Communication Department where he wrote a dissertation called “A Historical Approach to Gaming Subculture in Turkey.” He gave lectures at Bilgi University Digital Game Design Department between 2016 and 2020 and at Bahçeşehir Digital Game Design Department since 2019. He is giving courses on themes such as Games and Culture, Game and Narrative, Game and Philosophy, Game Journalism and Complex Game Mechanics. In addition, he was the coordinator of the Innovation and Emerging Technologies Laboratory named alt_lab at Bilgi University Communication Faculty between 2018 and 2019. He is also doing some counseling work for video game publishers and game designers. He is an editor books like “Türkiye’de ve Türkiye’den Oyun Çalışmaları” (Game Studies at Turkey and From Turkey) and “Dijital Oyunlar 1.0: Oynanış ve Anlam” (Digital Video Games 1.0: Playing and Meaning”) with Prof. Dr. Barbaros Bostan. Right now they are working on their follow up book called “Dijital Oyunlar 2.0: Oyun ve Kimlik” (Digital Games 2.0: Games and Identitiy). Apart from academic publications and editorships, he was also the editor of Guinness World Records Gamer’s Edition which published as three volume. He is full time Asst. Prof. in Bahçeşehir Digital Game Design since 2020 October.