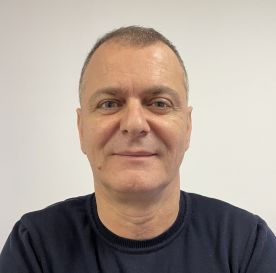 Valdet Salihu is a TV producer, cameraman and editor with award-winning weekly televised investigative reporting program “Justice in Kosovo” and KALLXOPernime broadcast weekly on Kosovo’s Public Broadcaster until 2020 and in RTV Dukagjini on prime time, since. In over 15 years of experience in TV and video production, Valdet has produced and edited over 500 TV programs in Albanian, Serbian and English languages as well as a dozen documentaries on various themes, including inter-ethnic relations. Valdet has graduated from the Toronto Film School in Canada and holds a BA on Directing, Script Writing from Toronto Film School in Canada. In addition, the stories and documentaries he has produced have won five journalistic prizes awarded by prestigious organisations including the EU, UNDP, Association of Journalists etc.