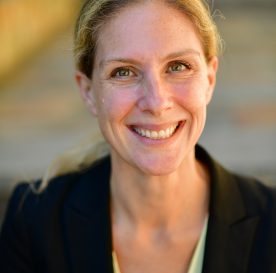 Myrto Papathanou is a Founding Partner at Metavallon VC, a venture capital fund investing in early stage technology companies in Greece. She has 20 years of experience in the fields of finance and entrepreneurship, and has also been involved in several non-profit projects around the world. In Metavallon VC, Myrto currently serves on the Board of Directors of Ferryhopper, Better Origin and Advantis Medical Imaging. She also led the investment and exit of Think Silicon, acquired by Applied Materials in 2020.
She started her career in London, working as a credit risk and portfolio analyst for Dresdner Kleinwort Wasserstein and later as a Fixed Income Strategist for EMEA at Bank of America Merrill Lynch. Returning to Greece, she has been involved in technology and high-tech companies as an executive, founder, mentor and investor. Before co-founding Metavallon VC, she served as Head of Corporate Development in EFA Ventures, a group active A&D and hightech verticals.
On the non profit side, she cofounded ethelon, fundraised for AFI and currently serves as at the Advisory Board of WomenOnTop and The Hellenic Innovation Network. In 2016 she was recognized by Linkage Greece as “Leader of the Year” and in 2020 she was included by Fortune magazine in the 40under40 list. Myrto is an economist, with an MSc in Finance from Imperial College and an MBA from INSEAD. Since 2019 she is a Kauffman Fellow, the first from Greece.