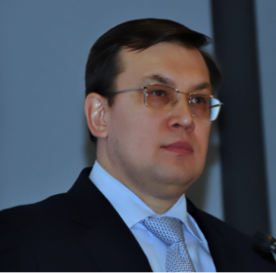 Mikhail Dorofeyev is a Journalist and PR-specialist since 1993. He worked in the local media of the Atyrau region and in Almaty since 1999. Previously he worked as an editor at the television channel KTK, in the newspaper “Express K” newspaper “City” and “Metropolis” (in the past – as a deputy editor). He has held managerial positions in the republican TV channels, including worked as the General Director of LLP “Astana TV” and General Producer TOO “TV Company” Era.”  At various times, led by the Department of Public Relations of JSC” National Company “KazMunayGas” and JSC “Exploration Production KazMunayGas.” In 2012-2015, he was press-secretary of the Group “Verny Capital.” Since 2015, he is the editor in chief of information-analytical site informburo.kz and “InformBURO” newspaper.