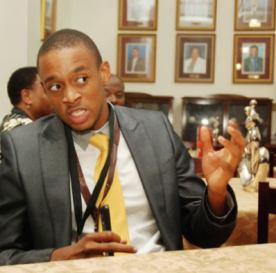 Hlanganani has more than eight years’ experience in politics and is currently a member of the provincial legislature in KwaZulu-Natal. He is spokesperson for Human Settlements and Sports and Recreation and is a former-elected city councilor in the eThekwini Municipality where he was also the Human Settlements Spokesperson and had a short time in the Economic Development Portfolio Committee. Hlanganani has worked extensively in various communication roles in the Democratic Alliance, the official political party to which he belongs, which is the official opposition. He has been an elections spokesperson, a former federal chairperson for training and development, and been in charge of the strategic markets campaign in his province. On returning from the Fellowship, he would like to begin a housing project focused on environmentally-friendly, sustainable, alternative housing materials and technologies, to change perceptions in society.